Water is one of the most important elements that ensure the possibility of life on our planet. The hydrosphere, as the totality of the waters of the seas and oceans, rivers and lakes, groundwater and water contained in glaciers, is in constant and close interaction with the atmosphere, the land and the living creatures inhabiting it. However, water, in addition to its creative and life-supporting properties, also has a powerful destructive force. And recently, humanity has increasingly seen such force in its various manifestations: tsunamis, floods and mudflows, as well as the flip side of the coin - droughts, which are increasingly "visiting" people on different continents and islands. The rapidly growing tendency to increase the number of aquatic cataclysms and the related changes in the Earth's hydrosphere are like a warning signal for humanity that it's time to reconsider their attitude first and foremost towards each other, to change the development vector from consumer to creative, to unite and make friends.

Publications not found!
No results found. 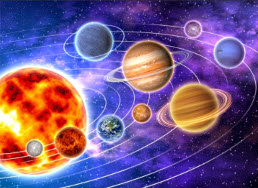